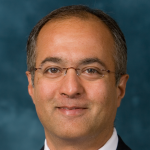 Advisory Committee for the University of the People

Research summary: My area of research in the past has been data management, which has since evolved into data science. I’ve worked in many aspects of data science over the course of my career, particularly the integration of data across multiple sources and the usability of database systems by non-technical users. Currently, the bulk of my research focuses on equity issues in data science and AI and, more broadly, issues of ethics and fairness in these fields that are becoming ever more pervasive. I have over 200 major papers, an H-index of 96, and 38 patents. I am also a fellow of the ACM, “The First Society in Computing,” (since 2003), and of the AAAS (since 2018).  I’ve served on the board of the Computing Research Association (2009-2018). I’ve been an Associate Editor for the ACM Transactions on Database Systems (1992-1995), Program Chair of the ACM SIGMOD annual conference (1996), Program Chair of the ISMB conference (2005), a trustee of the VLDB (Very Large DataBase) foundation (2004-2009), Founding Editor-in-Chief of the Proceedings of the VLDB Endowment (2008-2014), and Program Chair of the VLDB Conference (2014). Since 2016, I’ve been Editor of the Morgan & Claypool Synthesis Lecture Series on Data Management. I have received the ACM SIGMOD Contributions Award in 2013 and the David E Liddle Research Excellence Award (at the University of Michigan) in 2008, among other awards.

Interesting projects: I direct the NSF Institute Framework for Integrative Data Equity Systems (FIDES). Equity matters as we increasingly use data and AI methods in so many aspects of our lives. These powerful tools can magnify existing inequities or inadvertently introduce inequities because of system design choices. Our work in this topic is to develop methods that can systematically identify inequities in the data and potentially also address them.

I developed the first MOOC on Data Science Ethics more than 5 years ago and published it on EdX. Individual case study videos are independently available for download with a creative commons license to encourage teachers everywhere to incorporate these into their classes, picking and choosing only what they want. This MOOC has been so successful that it is now also carried on Coursera and FutureLearn.

My current position and the journey to it: As MIDAS Director, I am responsible for the overall direction and mission of MIDAS. It’s my role to make sure that MIDAS is working productively and strategically towards its stated mission as well as delivering value to the University of Michigan and our research community. I am also the Bernard A Galler Collegiate Professor of Electrical Engineering and Computer Science at the University of Michigan in Ann Arbor, which I joined in 1999.  Prior to that, I served as Head of the Database Research Department at AT&T Labs in Florham Park, NJ.

Why I’m passionate about my work: Data science has so much potential to do good things in so many aspects of life and society. I’m passionate about helping with that transformation and helping Michigan lead in that transformation while at the same time being cognizant of the potential risk and pitfalls. I want to help us get as much of the benefit of data science and AI as we can without suffering the harm they could bring if mismanaged.

Fun fact: MIDAS’ offices are located on the 6th floor of Weiser Hall.  I make it a point never to use the elevator: I always take the stairs.