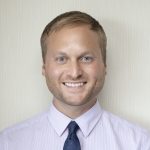 Shane Redman, PhD, is a Senior Scientist at the Michigan Institute for Data Science (MIDAS). He is a political scientist whose research interests include political representation, judicial politics, political behavior, and public opinion, with a focus on historically marginalized communities. His work has been published in a variety of political science journals, including the Journal of Politics, Political Research Quarterly, and American Politics Research.