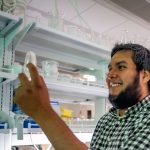 Much of our work focuses on host-parasite coevolution both computationally using populations of self-replicating computer programs (sort of like computer viruses), and experimentally in the lab with bacteria and their viruses (bacteriophage). But that’s not all! We’re deeply interdisciplinary, and broadly interested in ecology and evolution. While I often approach questions from an experimentalist’s perspective, work in our lab relies on a mixture of computational, mathematical, and microbial systems. I am predominantly drawn to understanding host-parasite coevolution because the constant push-and-pull of antagonistic interactions emphasizes the dynamic and interdependent nature of biological evolution. These antagonistic interactions have been implicated in some fascinating large-scale evolutionary patterns, such as diversification, sexual reproduction, and increasing organismal complexity. Studying these processes using open-ended computational systems means generating, analyzing, and visualizing copious amounts of multidimensional data. 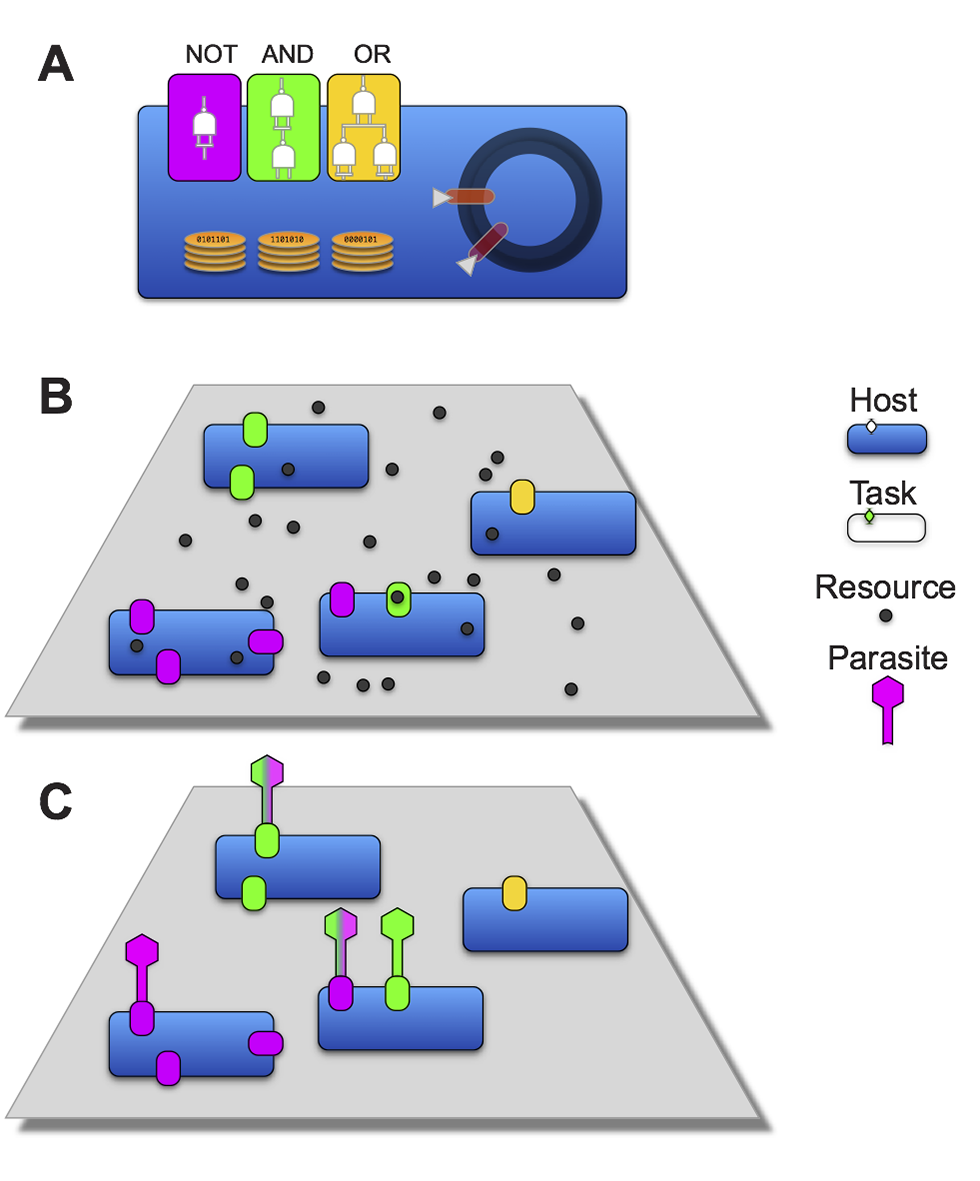 Schematic of the Avida digital life system showing how hosts (a) perform computation to interact with their environment (b) but doing so leaves them vulnerable to self-replicating parasitic “threads”, which steal CPU cycles from their hosts (c).