One of the primary missions of the University of Michigan Institute for Data Science (MIDAS) is to foster innovative and groundbreaking multi-disciplinary research in data science across the three U-M campuses. MIDAS launched major research initiatives in data science focused on transportation science, learning analytics, health science and social science in 2015 and 2016.

Approximately $10M of funding was awarded to proposals in the first two rounds of the Challenge Initiatives based on a competitive process. The  successful research proposals involved multi-disciplinary teams engaged in research that will both have disruptive impact on a relevant area application and significantly advance the methodological foundations of data science. The ultimate intent of the MIDAS challenge initiatives is to stimulate research activities that can be leveraged into successful external funding proposals from government, private foundations, or industry.

MIDAS is currently seeking proposals for the Data Science for Music Challenge Initiative, and future funding opportunities will be released in the coming months.

The request for proposal document in the Data Science for Music Challenge Initiative has been released. The initiative will award four, one-year grants of up to $75,000 for research projects at the intersection of data science and music. PIs and co-PIs must be faculty members at the University of Michigan Ann Arbor campus; submissions from multi-disciplinary teams are encouraged. 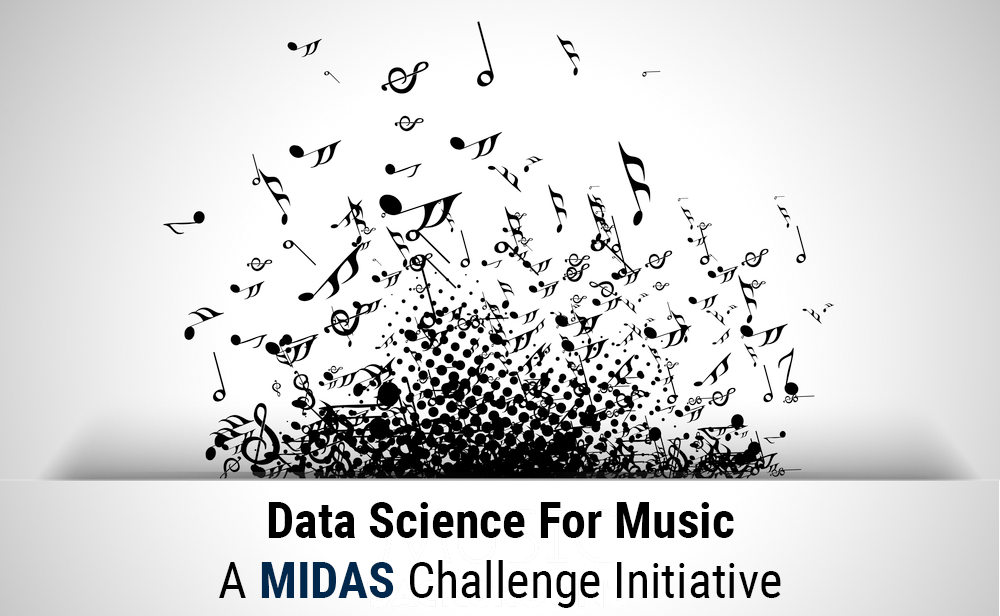 Two-page letters of intent should be submitted via email to midas-rfp@umich.edu no later than 11:59:59 pm on Friday, January 19, 2018.  Receipt of submitted proposals will be communicated to project PIs on Monday, January 22, 2018.

Requests for proposals in Data Science for Health Science and Social Science in Spring 2016. Presentations from the Round 2 Town Hall Meetings featured partnership, data sciences services and infrastructure, domain-relevant datasets, and more.

The funded proposals in health and social science were announced in January, 2017.

The funded proposals in transportation and learning analytics were announced in June, 2016.