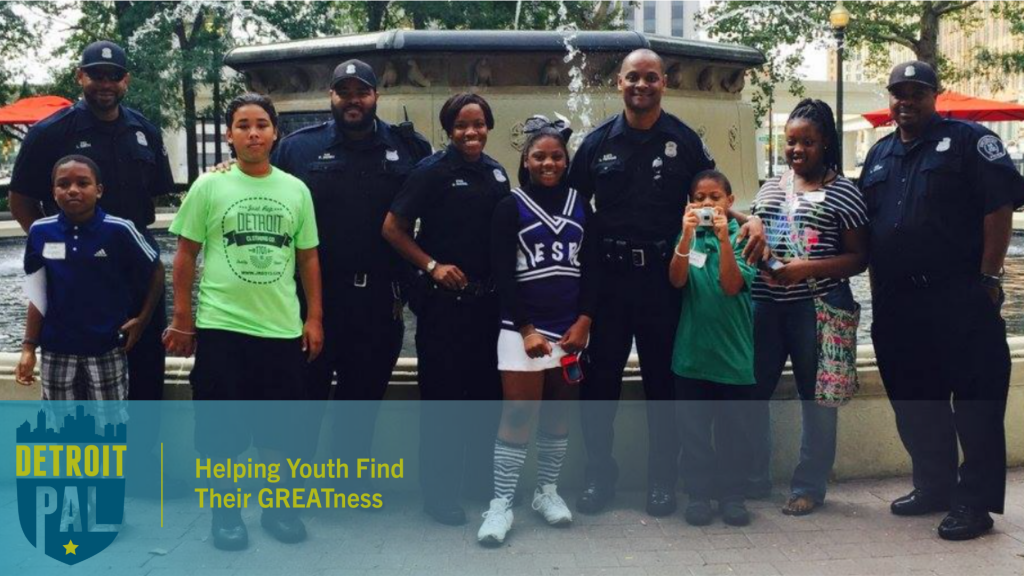 Have they improved the relationship between police officers and the community?

A collaborative project with MIDAS and the Detroit Police Athletic League (PAL) is helping to answer these questions. PAL has been offering athletic programs since 1969 to Detroiters ages 4-19  from low-income, under-served families.  MIDAS affiliated faculty and Research Associate Professor at the Survey Research Center, Brady West, is leading the effort to analyze survey data to assess the impact of the PAL programs on participants and their families, and how these programs improve the relationship between the police force and the community.

This project is one of several joint projects between MIDAS and Detroit.  Through these projects, our affiliated faculty and students carry out research that is inspired by real-world challenges and enabled by real-world data, and translate their research outcomes into services and policies for the community.

More than 15,000 youths from over 90 cities in Michigan participate in PAL programs each year. Over 90% of the participants are African-American or Latino, and more than 70% live in Detroit. TEAM UP, a recent collaboration between PAL and the Detroit Police Department, aims to improve the relationship between police officers, youths and the community through sports and officer-facilitated programs.

PAL has data generated from over 10,000 surveys from youth and families that have participated in the programs but has previously lacked the resources to assess and improve these measurement tools as well as the capabilities to harness the information into actionable efforts.

“We have made a commitment to become a more data-driven organization,” says Fred Hunter, PAL Program Administrator, “However, we don’t have the internal resources and staff to make this happen. Partnerships and collaborations are essential…MIDAS knows what resources are available and they have made the recommendations and connections.”

In the analysis of the surveys the team hopes to answer three main questions:

At present, the team, led by Dr. Brady West, has examined survey results for PAL’s TEAM UP program.“Our hope is that Fred Hunter can use these results to promote the efficacy of this program to current and future stakeholders and the community at large.” says West, “So far we have helped PAL analyze and interpret results from one of their programs (Team Up), which has demonstrated evidence of improved positive attitudes toward police among participants.”

West and the team have been creating general purpose visualizations of the data to better help illustrate the standout results of their efforts as well as to easily communicate results with both PAL’s stakeholders as well as the community they are serving. 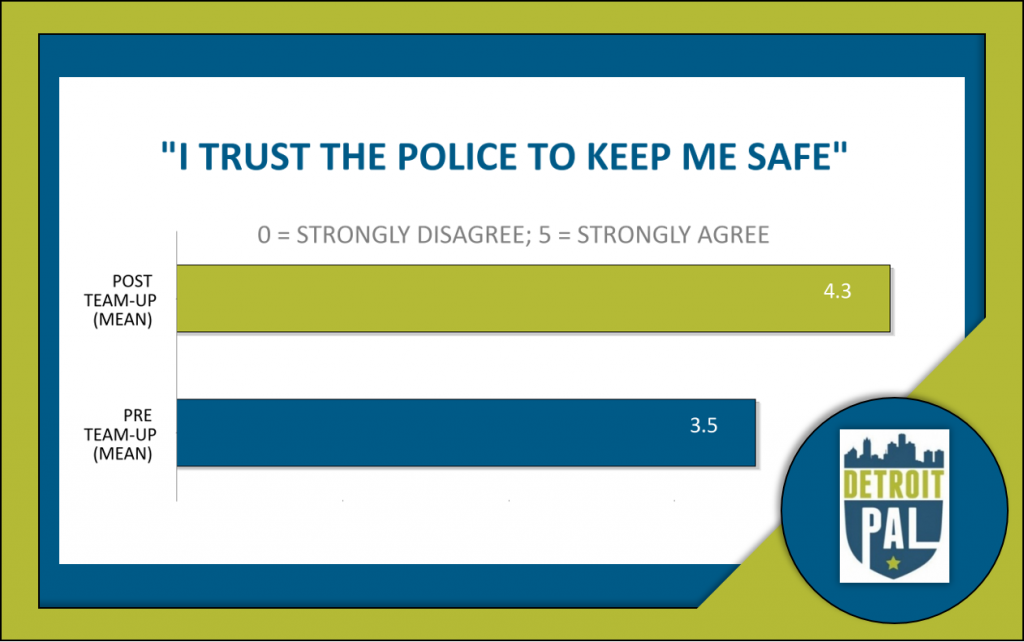 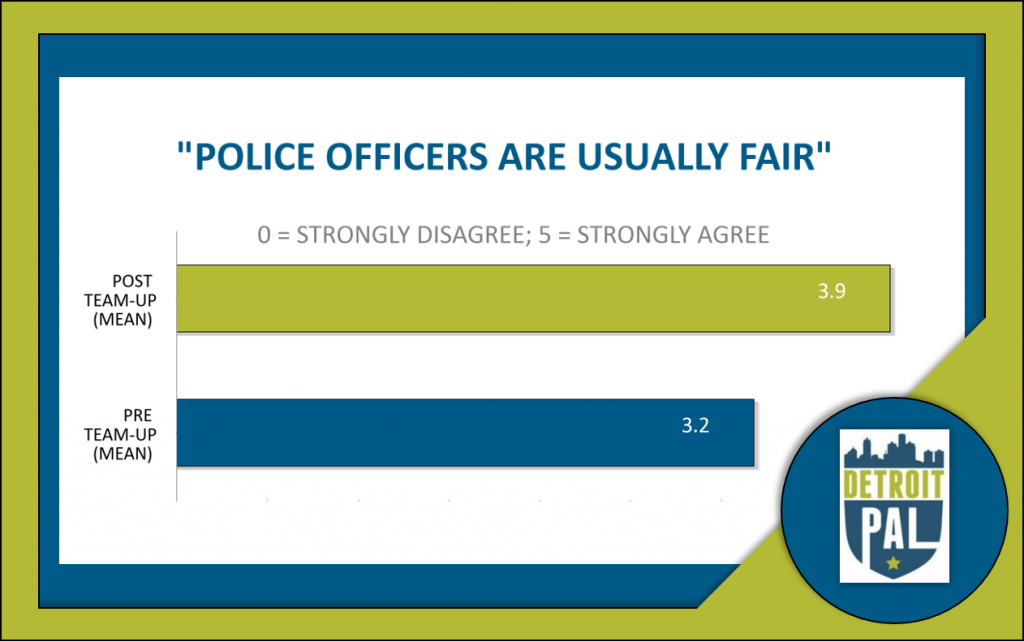 Already, Hunter and PAL are taking results from the analysis of the TEAM UP program and creating action items to build on the momentum of their efforts. Leveraging what has been learned already, positive aspects from TEAM UP are now being applied to make changes in other Athletic and Youth Enrichment programming. The analysis has also helped PAL lead a statewide initiative for expanding community policing with funding from the State of Michigan. “As a non-profit, we can become our best when the right talent, time, and treasure is made available to us. MIDAS has helped us in all these ways and we look forward to what we can continue to do in the future.” says Fred Hunter, “The partnership with MIDAS is truly helping our community.”

A generous donation from Mark and Eileen Petroff made this project possible. “Being an employer located in Detroit, I am so excited to see the outcome of this work,” said Mark, a U-M alumnus and president and CEO of OneMagnify.

This project is one of several joint projects between MIDAS and Detroit in which faculty and students carry out research inspired by real-world challenges, enabled by real-world data and translate their research outcomes into services and policies for the community.

To learn more about the Detroit PAL and the impacts of community engagement and policing visit their site here.