The Rabosky lab seeks to understand how and why life on Earth became so diverse. We focus primarily on large-scale patterns of species diversification (speciation and extinction) and on the tempo and mode of phenotypic evolution, to better understand what regulates the “amount” of biodiversity through Deep Time. To this end, we develop theoretical frameworks and computational tools for studying evolutionary dynamics using DNA-sequence-based evolutionary trees (phylogenies), the fossil record, as well as phenotypic data from present-day species (morphology, ecology). We develop and apply a range of methods involving supervised and unsupervised learning, including Markov chain Monte Carlo, hierarchical mixture models, hidden Markov models, latent feature models, and more. We are increasingly interested in complex morphological and ecological traits, which – due to a rapidly expanding data universe – represent a tremendous opportunity for the field to answer long-standing questions about how organisms evolve. At these same time, we are embracing the analytical challenges of these data, because fully realizing their potential requires the development of new analytical paradigms that go beyond the limitations of traditional parametric models for low-dimensional data. 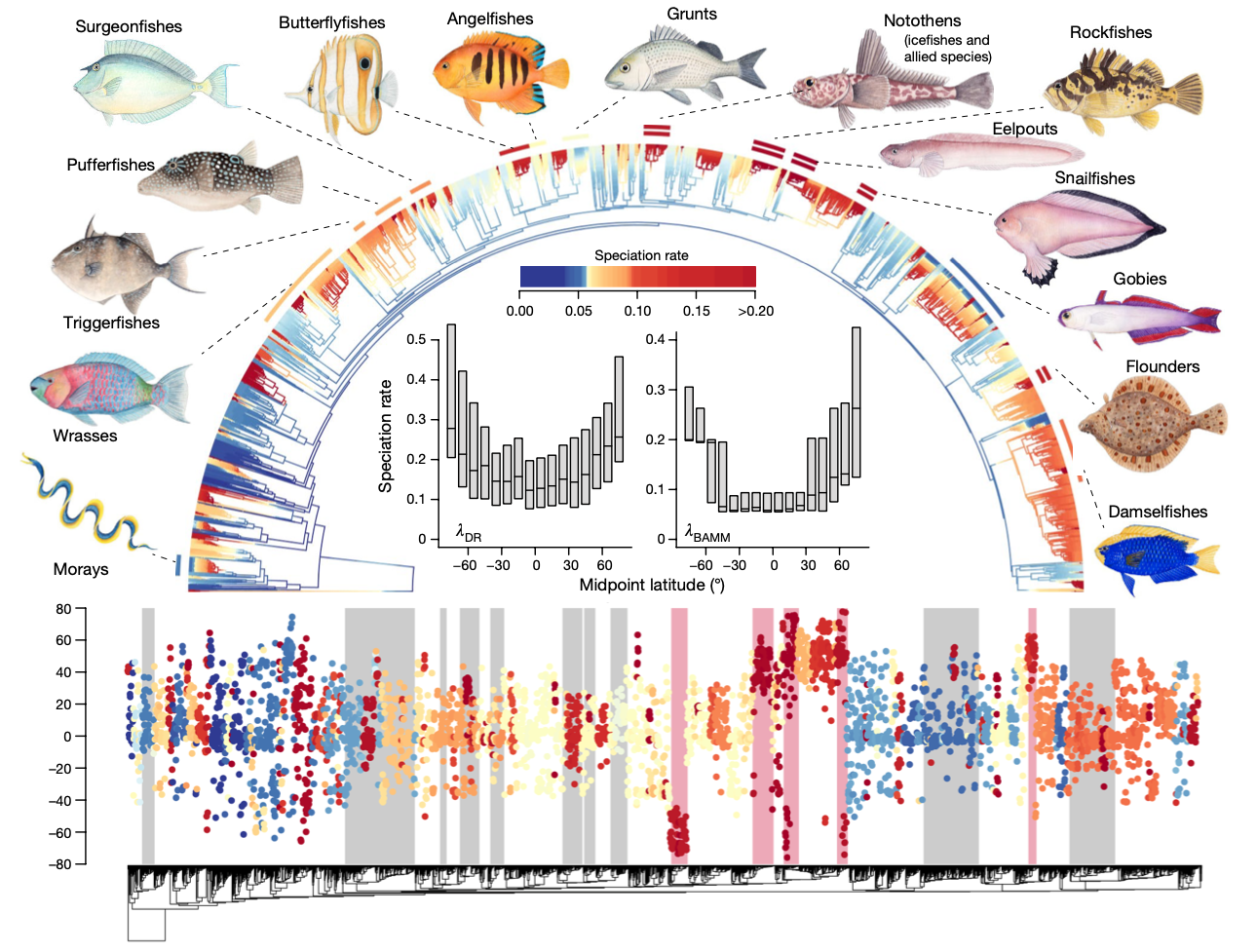