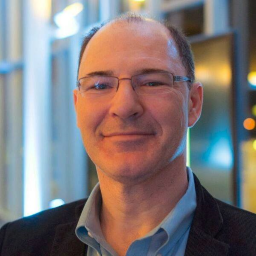 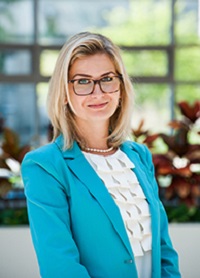 Assistant Professor in Econometrics and Statistics

The University of Chicago Booth

Abstract: Rotational post hoc transformations have traditionally played a key role in enhancing the interpretability of factor analysis. Regularization methods also serve to achieve this goal by prioritizing sparse loading matrices. In this work, we bridge these two paradigms with a unifying Bayesian framework. Our approach deploys intermediate factor rotations throughout the learning process, greatly enhancing the effectiveness of sparsity inducing priors. These automatic rotations to sparsity are embedded within a PXL-EM algorithm, a Bayesian variant of parameter-expanded EM for posterior mode detection. By iterating between soft-thresholding of small factor loadings and transformations of the factor basis, we obtain (a) dramatic accelerations, (b) robustness against poor initializations, and (c) better oriented sparse solutions. To avoid the prespecification of the factor cardinality, we extend the loading matrix to have infinitely many columns with the Indian buffet process (IBP) prior. The factor dimensionality is learned from the posterior, which is shown to concentrate on sparse matrices. Our deployment of PXL-EM performs a dynamic posterior exploration, outputting a solution path indexed by a sequence of spike-and-slab priors. For accurate recovery of the factor loadings, we deploy the spike-and-slab LASSO prior, a two-component refinement of the Laplace prior. A companion criterion, motivated as an integral lower bound, is provided to effectively select the best recovery. The potential of the proposed procedure is demonstrated on both simulated and real high-dimensional data, which would render posterior simulation impractical. Supplementary materials for this article are available online.

Bio: Veronika Rockova is Assistant Professor in Econometrics and Statistics at the University of Chicago Booth School of Business. Her work brings together statistical methodology, theory and computation to develop high-performance tools for analyzing large datasets. Her research interests reside at the intersection of Bayesian and frequentist statistics, and focus on: data mining, variable selection, optimization, non-parametric methods, factor models, high-dimensional decision theory and inference. She has authored a variety of published works in top statistics journals. In her applied work, she has contributed to the development of risk stratification and prediction models for public reporting in healthcare analytics.

Besides enjoying statistics, she is a keen piano player.

Video available: Gary King, Harvard University: “Big Data is Not About The Data!”

The Michigan Institute for Data Science (MIDAS) hosted Dr. Gary King of Harvard University for a talk titled “Big Data is Not About the Data!” on Friday, Oct. 3 as part of the MIDAS Seminar Series.

For a schedule of upcoming MIDAS Seminars, visit the seminar webpage.

Brock Palen, Associate Director of Advanced Research Computing – Technology Services, will provide an overview of the resources available to researchers engaged in computationally intensive science on the University of Michigan campus.

The talk is open to researchers from any department at U-M.

The session will address:

There will be time for questions and answers after the presentation.