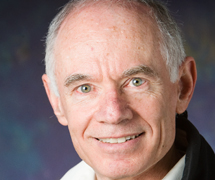 In certain cases, low dimensionality or sparsity constraints alleviate the ill-posedness of BLIPs.

However, until recently, existing theoretical analysis on uniqueness in these problems was rather limited. We describe our results on sample complexity that guarantee stable recovery in blind deconvolution and in BGPC under minimal requirements. We complement these theoretical results by describing practical recovery algorithms: (i) a guaranteed sparse blind deconvolution algorithm with optimal (up to log factors) scaling of the sample complexity, both in theory and in numerical experiments; and (ii) a guaranteed BGPC algorithm with optimal (up to log factors) number of samples per snapshot, and, in the subspace case, also optimal number of snapshots.

Based on joint work with Yanjun Li, Kiryung Lee, and Marius Junge.

In 1987 he joined the University of Illinois at Urbana-Champaign, where he is currently a Professor at the Departments of Electrical and Computer Engineering and Bioengineering, and Research Professor at the Coordinated Science Laboratory.

His current research interests include compressed sensing and multi-dimensional and statistical signal processing and their applications to inverse problems in imaging, and in particular computed tomography and magnetic resonance imaging.

Dr. Bresler has served on the editorial board of a number of journals, and on various committees of the IEEE. Currently he serves on the editorial boards for the IEEE Journal on Selected Topics in Signal Processing, and the SIAM Journal on Imaging Science. Dr. Bresler is a fellow of the IEEE and of the AIMBE. He received two Senior Paper Awards from the IEEE Signal Processing society, and a paper he coauthored with one of his students received the Young Author Award from the same society in 2002.  He is the recipient of a 1991 NSF Presidential Young Investigator Award, the Technion (Israel Inst. of Technology) Fellowship in 1995, and the Xerox Senior Award for Faculty Research in 1998. He was named a University of Illinois Scholar in 1999, appointed as an Associate at the Center for Advanced Study of the University in 2001-2, and Faculty Fellow at the National Center for Super Computing Applications in 2006.

Dr. Bresler is a co-founder (along with Dr. Munson), president, and chief technology officer of InstaRecon, Inc., a software startup that develops and markets breakthrough image reconstruction technology for CT scanners, originating from his research with students and colleagues at the University.