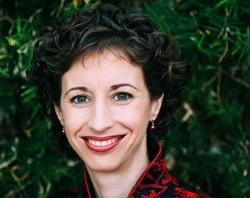 Abstract: Vector autoregressive models characterize a variety of time series in which linear combinations of current and past observations can be used to accurately predict future observations. For instance, each element of an observation vector could correspond to a different node in a network, and the parameters of an autoregressive model would correspond to the impact of the network structure on the time series of observations at each network node. Of particular interest are autoregressive point processes, in which observations consist of the times at which each node participates in some event or activity. Such data is common in spike train observations of biological neural networks, interactions within a social network, and pricing changes within financial networks. However, very little is known about how many events must be recorded before we may accurately infer the underlying autoregressive models. I will describe sparsity-regularized methods and associated performance bounds which provide new insight into the sample complexity of these problems in high dimensions. While sparsity-regularization is well-studied in the statistics and machine learning communities, common assumptions from that literature (such as the restricted eigenvalue condition) are difficult to verify in this setting because of the correlations and heteroscedasticity of the observations. A novel analysis method leveraging a combination of Martingale concentration inequalities and high-dimensional linear regression characterizes how much data must be collected to ensure reliable inference depending on the size and sparsity of the autoregressive parameters, and these bounds are supported by several empirical studies.

Bio: Rebecca Willett is an Associate Professor of Electrical and Computer Engineering, Harvey D. Spangler Faculty Scholar, and Fellow of the Wisconsin Institutes for Discovery at the University of Wisconsin-Madison. She completed her PhD in Electrical and Computer Engineering at Rice University in 2005 and was an Assistant then tenured Associate Professor of Electrical and Computer Engineering at Duke University from 2005 to 2013. Willett received the National Science Foundation CAREER Award in 2007, is a member of the DARPA Computer Science Study Group, and received an Air Force Office of Scientific Research Young Investigator Program award in 2010. Willett has also held visiting researcher or faculty positions at the University of Nice in 2015, the Institute for Pure and Applied Mathematics at UCLA in 2004, the University of Wisconsin-Madison 2003-2005, the French National Institute for Research in Computer Science and Control (INRIA) in 2003, and the Applied Science Research and Development Laboratory at GE Healthcare in 2002.