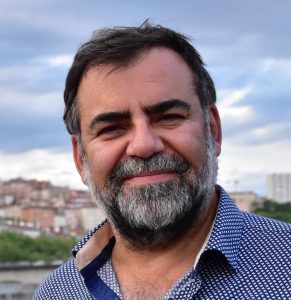 Bias in Search and Recommender Systems

Abstract: In this presentation we cover most biases that affect search and recommender systems. They include biases on the data, the algorithms as well as in the user interaction, in particular, the ones related to relevance feedback loops (e.g., ranking). In each case, we cover the known techniques to ameliorate them as well as biases that might be the product of the evaluation methods used.

Bio: Ricardo Baeza-Yates is, since June 2016, CTO of NTENT, a semantic search technology company based in California, USA. He is also the Director of Data Science Programs at Northeastern University, Silicon Valley campus, since August 2017. He is also a part-time professor at Universitat Pompeu Fabra in Barcelona and Universidad de Chile in Santiago. Before, he was VP of Research at Yahoo Labs, based in Barcelona, Spain, and later in Sunnyvale, California, from January 2006 to February 2016. Until 2004 he was the founding director of the Center for Web Research at the University of Chile. He is co-author of the best-seller Modern Information Retrieval textbook published by Addison-Wesley in 1999 and 2011 (2nd ed), that won the ASIS&amp;T 2012 Book of the Year award. From 2002 to 2004 he was elected to the Board of Governors of the IEEE Computer Society and between 2012 and 2016 was elected for the ACM Council. Since 2010 is a founding member of the Chilean Academy of Engineering. In 2009 he was named ACM Fellow and in 2011 IEEE Fellow, among other awards and distinctions. He obtained a Ph.D. in CS from the University of Waterloo, Canada, in 1989, and his areas of expertise are web search and data mining, information retrieval, data science and algorithms in general.