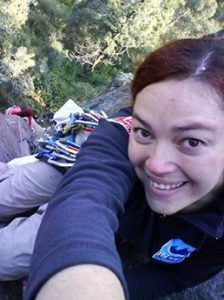 This event has been cancelled

The field of Digital Humanities, and particularly the increasing accessibility of digital resources, has opened a significant number of opportunities for the study of sources that can be highly relevant to history and archaeology. These opportunities include the use of methodologies from the fields of Artificial Intelligence and Computational Linguistics and the application of a diversity of techniques and methods for the large-scale analysis and exploration of collections of historical documents.

In the case of the early colonial history of Mexico, there is an enormous variety of historical documents related to the economic, social and political life at that time. An example of this is the sixteenth-century Relaciones Geográficas de Nueva España (the Geographic Reports of New Spain). Created from the responses to a questionnaire ordered by Philip II’s and obtained between 1577 and 1585, the Geographic Reports sought to compile all the information available on the American territories under Spanish rule. Due to its essential content, these reports have been the object of study by a large number of researchers, and are frequently used in the analysis of the political, social, territorial and economic situation at the time. Although numerous studies seek to understand the shifting territorial situation in New Spain, two enormous challenges have remained. The first one is the considerable size or volume of information to be analysed and compared. The second has been the precise identification of the places mentioned in these reports, especially on a large scale.

In this presentation, I will introduce the project sponsored by the Transatlantic Platform for the Humanities and Social Sciences (T-AP) called “Digging into Early Colonial Mexico: a large-scale computational analysis of historical documents”, and some of its results. Taking as a basis the historical corpus of the Geographic Reports of New Spain, the project main objectives have been: 1) to adapt and develop techniques from Artificial Intelligence, including aspects of Natural Language Processing, Text Mining and Geographic Information Systems for the extraction and analysis of historical information from this source, and 2) to design computational methodologies for the identification of possible large-scale historical patterns. This research is allowing us to clarify some of the essential geographic questions related to the period and the colonial situation in this territory. I will also present a methodology termed Geographical Text Analysis and some of the most critical outputs from this project. These include software developed to carry out this type of analysis, the first sixteenth-century digital gazetteer of Mexico and Guatemala, and the first experiments using Natural Language Processing to automatically annotate the Relaciones corpus.