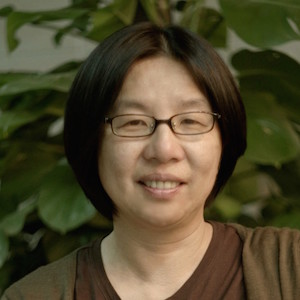 University of California at Berkeley

Abstract: In this talk, Dr. Yu would like to discuss the intertwining importance and connections of three principles of data science: predictability, computability and stability (PCS) and the PCS framework (workflow and documentation) that is built on the three principles.  She will also define interpretable machine learning through the PDR desiderata (Predictive accuracy, Descriptive accuracy and Relevancy) and discuss stability as a minimum requirement for interpretability.

PCS and PDR will be demonstrated in the context of one collaborative project in neuroscience, DeepTune, for interpretable data results and testable hypothesis generation. Finally, she will briefly introduce agglomerative contextual decomposition (ACD) for general hierarchical interpretations of DNN predictions.

Bio: Bin Yu is Chancellor’s Professor in the Departments of Statistics and of Electrical Engineering & Computer Sciences at the University of California at Berkeley and a former chair of Statistics at UC Berkeley.  Her research focuses on practice, algorithm, and theory of statistical machine learning and causal inference. Her group is engaged in interdisciplinary research with scientists from genomics, neuroscience, and precision medicine.

In order to augment empirical evidence for decision-making, she and her group are investigating methods/algorithms (and associated statistical inference problems) such as dictionary learning, non-negative matrix factorization (NMF), EM and deep learning (CNNs and LSTMs), and heterogeneous effect estimation in randomized experiments (X-learner). Their recent algorithms include staNMF for unsupervised learning, iterative Random Forests (iRF) and signed iRF (s-iRF) for discovering predictive and stable high-order interactions in supervised learning, contextual decomposition (CD) and aggregated contextual decomposition (ACD) for phrase or patch importance extraction from an LSTM or a CNN.

She is a member of the U.S. National Academy of Sciences and Fellow of the American Academy of Arts and Sciences.  She was a Guggenheim Fellow in 2006, and the Tukey Memorial Lecturer of the Bernoulli Society in 2012. She was President of IMS (Institute of Mathematical Statistics) in 2013-2014 and the Rietz Lecturer of IMS in 2016. She received the E. L. Scott Award from COPSS (Committee of Presidents of Statistical Societies) in 2018.

She was a founding co-director of the Microsoft Research Asia (MSR) Lab at Peking Univeristy and is a member of the scientific advisory board at the Alan Turning Institute in the UK.