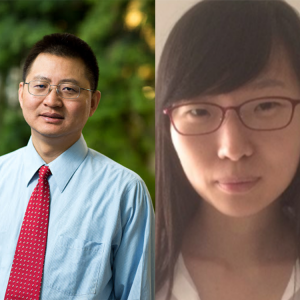 The major challenge in data reproducibility is the lack of standardized and interoperable representation of heterogeneous data and the semantic relations among the data. In AI and data science, an ontology is a structured vocabulary comprised of human- and computer-interpretable terms and relations that represent entities and relationships in a specific domain. Ontologies have emerged to become critical to the data and metadata standardization, integration, sharing, and computer-assisted reasoning and analysis. With hundreds of ontologies developed, the ontology interoperability has become a major issue. We propose a set of eXtensible ontology development (XOD) principles and tools in order to develop standardized and interoperable ontologies, leading to a fundamental solution to the data reproducibility challenge. The XOD principles and tools can be applied to the data reproducibility in biomedicine, pharmacy, transportation, and various other fields.

To reduce the cost and increase the completeness of metadata, we aim to work with common statistical packages to automate the capture of metadata at the granularity of individual data transformations in a simple yet expressive representation regardless of the original languages used. C2Metadata is such a system that implements this idea, creating efficiencies and reduce the costs of data collection, preparation, and re-use. The system first reads statistical transformation scripts (in SPSS, Stata, SAS or R) and the original metadata in (either of) two internationally accepted XML-based standards: the Data Documentation Initiative (DDI) and Ecological Metadata Language (EML). It then walks over individual data transformations and uses a software-independent data transformation description (Standard Data Transformation Language (SDTL)) to update the original metadata, which permits the tracking of dataset changes at different levels. We define SDTL based on a small set of transformation operators that comprise the Standard Data Transformation Algebra (SDTA), and cover the majority of data transformations used in statistical software.  SDTL is a declarative language describing the purpose of transformations in an informative way. To ease the understanding of the process without the necessity of learning SDTL or SDTA, we further extend the interpretation from SDTL to natural language as part of the updated metadata. We currently target two research communities (social and behavioral sciences and earth observation sciences) with strong metadata standards that rely heavily on statistical analysis software. Our work is generalizable to other domains, such as biomedical research. More details of the project is available at http://c2metadata.org.

The Reproducibility Showcase features a series of online presentations and tutorials from May to August, 2020.  Presenters are selected from the MIDAS Reproducibility Challenge 2020.

A significant challenge across scientific fields is the reproducibility of research results, and third-party assessment of such reproducibility. The goal of the MIDAS Reproducibility Challenge is to highlight high-quality, reproducible work at the University of Michigan by collecting examples of best practices across diverse fields.  We received a large number of entries that illustrate wonderful work in the following areas:

On Sept. 14, 2020, MIDAS will also host a Reproducibility Day, which is a workshop on concepts and best practices of research reproducibility.  Please save the date on your calendar.