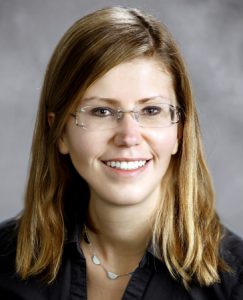 Abstract: Recent observations show that both the Greenland and Antarctic ice sheets are losing mass at increasingly rapid rates but current models have been unable to mimic the ice-sheet dynamics. In recent years, there has been a push to develop “next generation” land-ice models and codes for integration into global Earth System Models that accurately explains these dynamic behaviors. This talk will give an overview of the Albany/FELIX (Finite Elements for Land Ice eXperiments) next-generation land-ice dynamical core (dycore) that is under development at Sandia National Labs and based on the “First-Order Stokes” equations for the ice momentum balance. Typically, ice sheets are modeled using a quasi-static model in which a steady momentum-balance system for the ice velocities is coupled to dynamic equations for the ice thickness and temperature. I will discuss some of the advanced analysis capabilities in Albany/FELIX, namely a large-scale inversion approach we have developed for obtaining optimal ice initial conditions, our workflow towards quantifying uncertainties in land-ice models, and performance-portability of the Albany/FELIX code to new and emerging architectures using the Kokkos library. I will show results which demonstrate that the Albany/FELIX dycore is scalable, fast and robust for production-scale land-ice problems on state-of-the-art HPC machines.

Bio: Dr. Irina Tezaur (f.k.a. Dr. Irina Kalashnikova) is a Principal Member of Technical Staff (PMTS) in the Extreme Scales Data Science & Analytics Department (Org. 8759) at Sandia National Laboratories in Livermore, CA. Prior to joining this group, from October 2011 to September 2014, she was SMTS in the Computational Mathematics Department (Org. 1442) at Sandia in Albuquerque, NM. She received her Ph.D. in Computational and Mathematical Engineering (CME) from Stanford University in 2011. Her advisor at Stanford was Professor Charbel Farhat and I was a member of the Farhat Research Group (FRG). Her Bachelors and Masters degrees are in pure mathematics, awarded by the University of Pennsylvania in 2006. Dr. Tezaur’s research interests are numerical solution to PDEs, mixed/hybrid finite element methods, stability and convergence properties of numerical methods, Reduced Order Modeling (ROM) and simulation-based analysis of fluid-structure interaction that she currently applies to climate modeling.

Dr. Tezaur is being hosted by Prof. Garikipati (Mechanical Engineering). If you would like to meet her please email mcteja@umich.edu