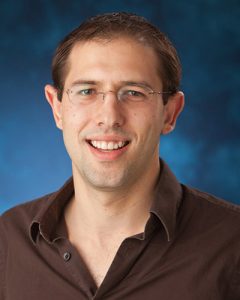 What Can Tweets Tell Us About Public Opinions? Uncovering the Data Generating Process by Linking Twitter Data with Surveys

Abstract: A growing body of research has employed Twitter and other social media data as a way of understanding phenomena previously studied using surveys and experiments. Although studies have provided a number of valuable insights into attitudes and behaviors using data science methods, scholars have needed to walk back some of the most initially promising results. In this talk, I discuss how the social processes generating Twitter data differ from traditional measures of public opinions, outline some distinct models for what social media data could be telling us about society, and present a series of empirical results helping us to think about how well those models apply to politically oriented Twitter data. Collectively, these results imply that tweets, when examined at scale, are not simple reflections of public opinion. Instead, they appear to blend the attention and attitudes of some sets of individuals with patterns of more general information dissemination. To conclude, I consider what these results suggest for attempts to use Twitter data to understand public attitudes and behaviors.

Bio: Josh Pasek is Associate Professor of Communication Studies, Faculty Associate in the Center for Political Studies, and Core Faculty for the Michigan Institute for Data Science at the University of Michigan.  His research explores how new media and psychological processes each shape political attitudes, public opinion, and political behaviors.  Josh also examines issues in the measurement of public opinion including techniques for reducing measurement error and improving population inferences.  Current research explores how both accurate and inaccurate political information might influence public opinion and voter decision-making, evaluates whether the use of online social networking sites such as Facebook and Twitter might be changing the political information environment, and assesses the conditions under which nonprobability samples, such as those obtained from big data methods or samples of Internet volunteers can lead to conclusions similar to those of traditional probability samples.  His work has been published in Public Opinion Quarterly, Political Communication, Communication Research, and the Journal of Communication among other outlets.  He also maintains two R packages for producing survey weights (anesrake) and analyzing weighted survey data (weights).