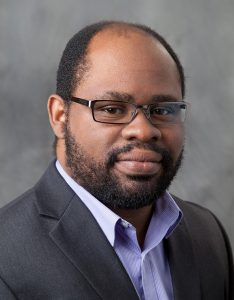 Departments of Mathematics and

“The Shape of Data”

Abstract: Topology, and particularly algebraic topology, has been used for decades to study the shape of mathematical objects – from surfaces to categories and spaces of functions. Recently some of these same ideas have been adapted to the study of data. He will show, in this talk, how one can use algebraic topology to probe the shape of data, and provide several examples of how this applies to real world problems.

Bio: Jose Perea is an active researcher in the area of computational topology and topological data analysis. Broadly speaking, his work entails applications and adaptations of ideas from algebraic and geometric topology to the study of high-dimensional and complex data. Perea received his B.S. in mathematics from Universidad del Valle in 2006 (Summa cum laude and Valedictorian), a Ph.D. in mathematics from Stanford University in 2011, and held a postdoctoral position as a visiting assistant professor in the department of mathematics at Duke University (2011 to 2015). In spring of 2014, he was a member of the Institute for Mathematics and Applications at the University of Minnesota, during the annual thematic program on scientific and engineering applications of algebraic topology.