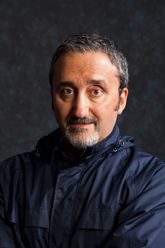 Abstract:  In a simulation experiment we studied the effects of cognitive, emotional, sensorimotor, and mixed stressors on driver arousal and performance with respect to (wrt) baseline. In a sample of n=59 drivers, balanced in terms of age and gender, we found that all stressors incurred significant increases in mean sympathetic arousal accompanied by significant increases in mean absolute steering. The latter, translated to significantly larger range of lane departures only in the case of sensorimotor and mixed stressors, indicating more dangerous driving wrt baseline. In the case of cognitive or emotional stressors, often a smaller range of lane departures was observed, indicating safer driving wrt baseline. This paradox suggests an effective coping mechanism at work, which compensates erroneous reactions precipitated by cognitive or emotional conflict. This mechanisms’ grip slips, however, when the feedback loop is intermittently severed by sensorimotor distractions. Interestingly, mixed stressors did not affect crash rates in startling events, suggesting that the coping mechanism’s compensation time scale is above the range of neurophysiological latency. NOTE: This talk is based on the homonymous paper, which can be accessed at: http://www.nature.com/articles/srep25651

Bio: Dr. Pavlidis is the Eckhard-Pfeiffer Professor of Computer Science and Director of the Computational Physiology Laboratory at the University of Houston. His research is funded by multiple agencies including the National Science Foundation, transportation organizations, and medical institutions. He has published largely in the areas of human-computer interaction, computational physiology, and the physiological basis of human behavior. He is well known for his work on the quantification of stress and its effect on critical human responses, which appeared in a series of articles in Nature, Lancet, and the Scientific Reports.