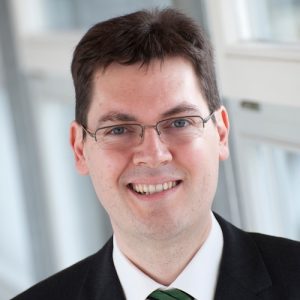 The University of Ulm, Germany

In the first part, Dr. Kargl will look into how the new General Data Protection Regulation (GDPR) will mandate substantially stronger privacy protection in Europe and beyond. This will also effect data-intensive intelligent transportation systems. Based on a review of changes that GDPR brings along, Dr. Kargl will illustrate results from the EU project PRIPARE, where his team worked on a privacy-by-design methodology for privacy engineering that they applied in a number of projects to provide state-of-the-art privacy protection without sacrificing personalized services. This will be illustrated by the POPCORN protocol that modifies the ISO 15118 electric vehicle charging architecture to allow provable protection of personal data.

In the second part, Dr, Kargl will present our open-source misbehavior detection framework Maat which is based on a probabilistic logic scheme called subjective logic. Maat integrates an arbitrary number of individual detection mechanisms (called sensors) that will analyze and rate incoming information regarding its correctness and trustworthiness and fuses the output of these sensors into a common opinion on data items. We have shown how this enhances detection accuracy of position forging attacks over using only single sensors and are now going on to apply Maat to automated driving functions like Communication-based Adaptive Cruise Control (CACC). He will also discuss challenges for securing automated vehicles, particularly with respect to sensor interfaces, and provide an outline on the newly starting German SecForCARs project.

Bio: Prof. Kargl obtained his doctorate in 2003 and habilitated in 2009 at the  University of Ulm . Previously, he was co-founder of  Arago AG  and  responsible for network operation and security in the network group of the  computing center / KIZ of the University of Ulm. Between the end of 2009 and the beginning of 2012, he was Associate Professor in the  Distributed and Embedded Security (DIES) group of the  University of Twente  in the Netherlands, then as Adjunct Professor until January 2016. Since February 2012 Prof. Kargl heads the  Institute for Distributed Systems  at the University of Ulm. From October 2013 to September 2016 he served as Vice Dean of the Faculty of Engineering, Computer Science and Psychology , of which he is Dean since October 2016. Prof. Kargl is a member of ACM , the IEEE, the Gesellschaft für Informatik, GI and the security groups KuVS .

Prof. Kargl’s research interests are in the field of mobile and self-organizing networks, especially mobile ad hoc networks and vehicle-to-vehicle communication. Another focus of his work is security and privacy in IT systems. Many of his research projects are in the overlap area of ​​both topics, such as projects on security and privacy of vehicular ad-hoc networks. Other work deals with the security of networked embedded systems, eg in the context of Industrial Control Systems or Building Automation. Other projects include Secure Cloud Computing, Crypto Currencies, Distributed Graphene-Based Computing and many other topics.