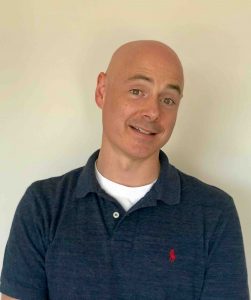 Abstract: Many pressing questions in science are macroscopic, as they require scientists to integrate information from numerous data sources, often expressed in natural languages or in graphics; these forms of media are fraught with imprecision and ambiguity and so are difficult for machines to understand. Here I describe DeepDive, which is a new type of system designed to cope with these problems. It combines extraction, integration and prediction into one system. For some paleobiology and materials science tasks, DeepDive-based systems have surpassed human volunteers in data quantity and quality (recall and precision). DeepDive is also used by scientists in areas including genomics and drug repurposing, by a number of companies involved in various forms of search, and by law enforcement in the fight against human trafficking. DeepDive does not allow users to write algorithms; instead, it asks them to write only features. A key technical challenge is scaling up the resulting inference and learning engine, and I will describe our line of work in computing without using traditional synchronization methods including Hogwild! and DimmWitted. DeepDive is open source on github and available from DeepDive.Stanford.Edu. Bio: Christopher (Chris) Re is an assistant professor in the Department of Computer Science at Stanford University and a Robert N. Noyce Family Faculty Scholar. His work’s goal is to enable users and developers to build applications that more deeply understand and exploit data. Chris received his PhD from the University of Washington in Seattle under the supervision of Dan Suciu. For his PhD work in probabilistic data management, Chris received the SIGMOD 2010 Jim Gray Dissertation Award. He then spent four wonderful years on the faculty of the University of Wisconsin, Madison, before moving to Stanford in 2013. He helped discover the first join algorithm with worst-case optimal running time, which won the best paper at PODS 2012. He also helped develop a framework for feature engineering that won the best paper at SIGMOD 2014. In addition, work from his group has been incorporated into scientific efforts including the IceCube neutrino detector and PaleoDeepDive, and into Cloudera’s Impala and products from Oracle, Pivotal, and Microsoft’s Adam. He received an NSF CAREER Award in 2011 and an Alfred P. Sloan Fellowship in 2013. For more information on MIDAS or the Seminar Series, please contact midas-contact@umich.edu. MIDAS gratefully acknowledges Northrop Grumman Corporation for its generous support of the MIDAS Seminar Series.