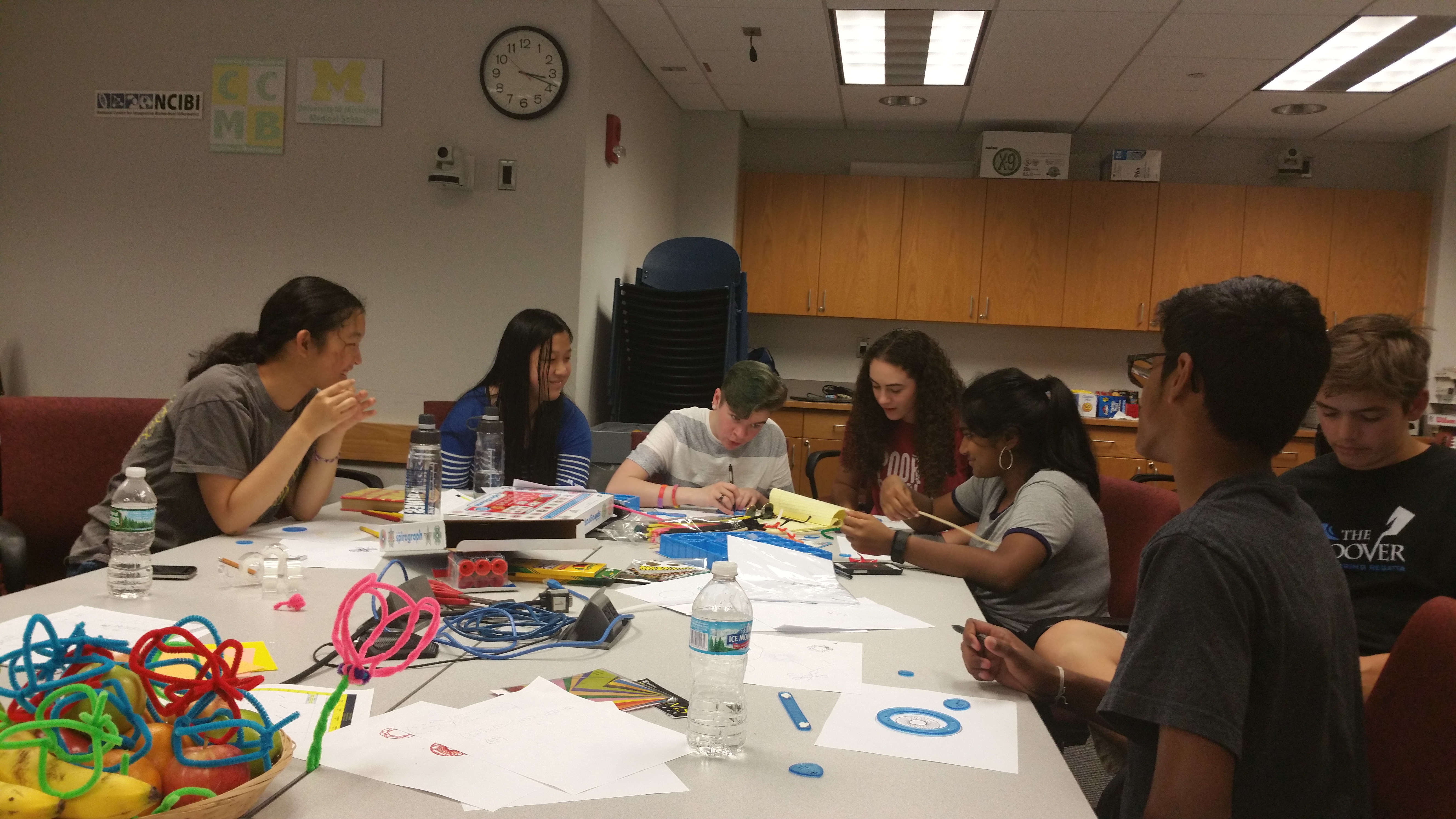 This summer, 10 high school students from around the country gathered in Ann Arbor for the first annual Michigan Institute for Data Science Summer Camp on the campus of the University of Michigan.

The weeklong camp, titled “From Simple Building Blocks to Complex Shapes: A Visual Tour of Fourier Series,” drew students from as far away as Kansas City, MO, and as nearby as Ypsilanti and Ann Arbor.

The camp was organized by Raj Nadakuditi, assistant professor in the Electrical Engineering and Computer Science Department. Other U-M faculty instructors at the camp were Prof. Jenna Weins, and MIDAS co-directors Prof. Al Hero and Prof. Brian Athey.

The camp was well received by the participants, who ranged from high school sophomores to seniors. A total of 10 students attended, five boys and five girls. Students used the Fourier Series to make art, diagnose disease, and “play detective.”

“I’ve been looking to learn about what been going on with Big Data,” said Daniel Neamati, a 16-year-old from Ann Arbor who hopes to someday study deep space with NASA. “I was really surprised by this camp. Math is basically everywhere.”

Elizabeth Fitzgerald, 16, traveled from South Carolina to take part in the camp. She said she wants to study artificial intelligence and machine learning, but was interested to see what else data science can explain.

“It was enlightening to see all the different applications of data science,” she said.

The camp will be offered annually. Details for next year will be posted at http://midas.umich.edu/camp/ in the coming months.