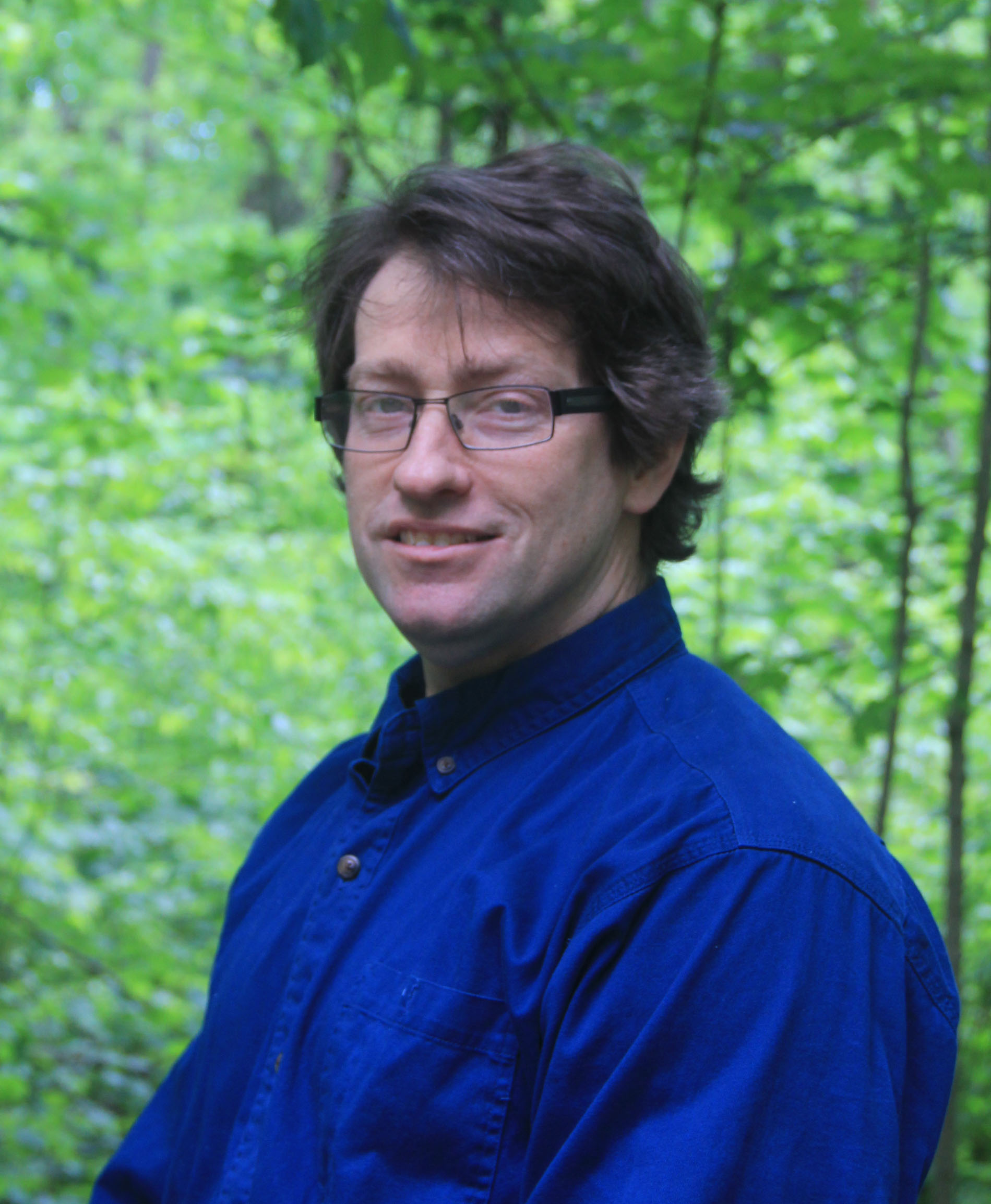 My research interests concern solar magnetism and magnetic flux transport from the convection zone into the corona, and through the heliosphere.In this context, I have contributed to basic theory and modeling efforts with analytical work and large-scale numerical simulations. The topics that I am particularly interested in are: magnetic flux emergence, magnetohydrodynamic instabilities, coronal mass ejection (CME) initiation, propagation, and CME-driven shocks. Flux emergence was the topic of my Ph.D. thesis research, which demonstrated that the expansion of magnetic fields in a gravitationally stratified atmosphere naturally produces Lorentz forces that drive shear flows. These flows lead to the formation of highly energized coronal magnetic fields, which are observed to be at the epicenter of coronal eruptions. This work provides a fundamental explanation for shear flows, which for decades, have been prescribed as ad hoc boundary conditions in numerical models of CMEs, flares and filament eruptions. While at the University of Michigan, I have advanced this fundamental theory of CME initiation by simulating the eruption of both magnetic arcades and flux ropes by such self-induced shear flows. I conceived and implemented the Gibson-Low flux rope as a way of simulating coronal mass ejections and applied this model to study the the propagation of CMEs from the solar corona through the heliosphere. In doing so, many new aspects of CME interaction with the interplanetary medium were discovered. With coauthors, I demonstrated the model’s capability to predict ICME disturbances at Earth, and advised my student, Meng Jin, in developing data-driven tool, EEGGL, which prescribe the model’s parameters and is now installed at CCMC. I am now working with faculty in the University of Michigan Department of Statistics to apply machine learning to classify and predict flare events and to identify the underlying physical processes. 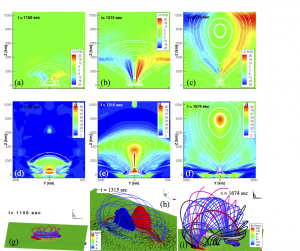 Three series of plates at times t =50:0, 57.2, and 72.8 illustrating the expansion of the flux rope from the photosphere into the corona. Panels a–f show the x=0 plane, where the direction of the magnetic field (confined to the plane) is depicted with solid white lines. Panels a–c show a color representation of the shear velocity Ux, while panels d–f show color images of the shear angle measured in degrees. Panels g–i show three-dimensional representations of the magnetic field lines, color coded as described in the text. Panels g and i show color images of the vertical field strength Bz at the photosphere. Panel h shows a color image of the shear velocity at the photosphere, along with co-spatial vectors that indicate the magnitude and direction of the flow. Iso-surfaces of Ux are shown colored in blue (-20 km/s) and red (+20km/s). Reference: Astrophysical Journal, 610:588–596, 2004