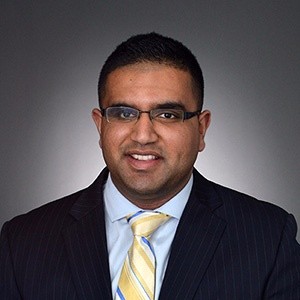 Our research is focused on Post ICU pain syndromes (PIPS). PIPS exhibit distinct phenotypic presentations and can be predicted by intra-ICU parameters. Our primary goal is to be able to predict post-ICU opioid use based on intra-ICU parameters. We utilize a data-driven characterization of post-ICU pain syndromes will utilize unsupervised clustering algorithms including DBSCAN and spectral clustering. Prediction of post-discharge pain severity, likelihood of specific pain presentations, and post-discharge opioid use will be achieved using logistic LASSO, random forests, and neural networks. Specifically, these tests will utilize available ICU data to predict changes between pre-
and post-ICU pain severity, incidence of specific pain presentations, and incidence of opioid use. 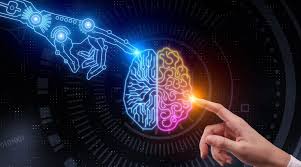 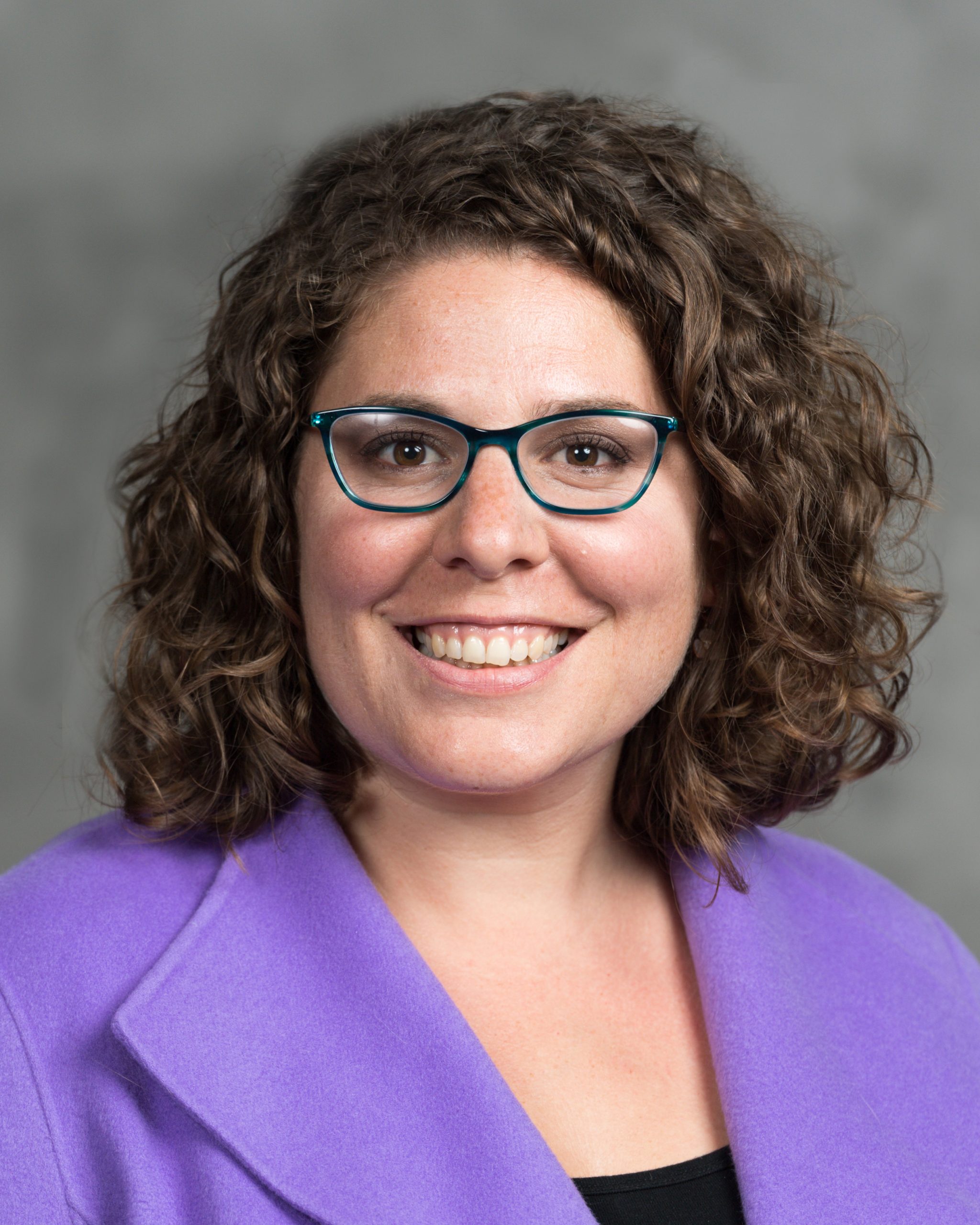 Dr. Costa’s goal is to maximize survival and minimize morbidity for mechanically ventilated adults. She accomplishes this through her research on the organization and management of critical care. Specifically, her work identifies key structural and functional characteristics of ICU interprofessional teams that can be leveraged to improve the delivery of high quality, complex care to mechanically ventilated patients. She is a trained health services researcher with clinical expertise in adult critical care nursing. Her work care has been published in leading journals such as JAMA, Chest, and Critical Care Medicine. Her current research examines ICU teamwork and patient outcomes, linking individual clinicians to individual patients using the Electronic Health Record, and using qualitative approaches to understand how to improve ICU teams. Her research has focused on ICU clinician staffing, well-being and psychological outcomes of ICU clinicians as a way to improve care and outcomes of ICU patients. 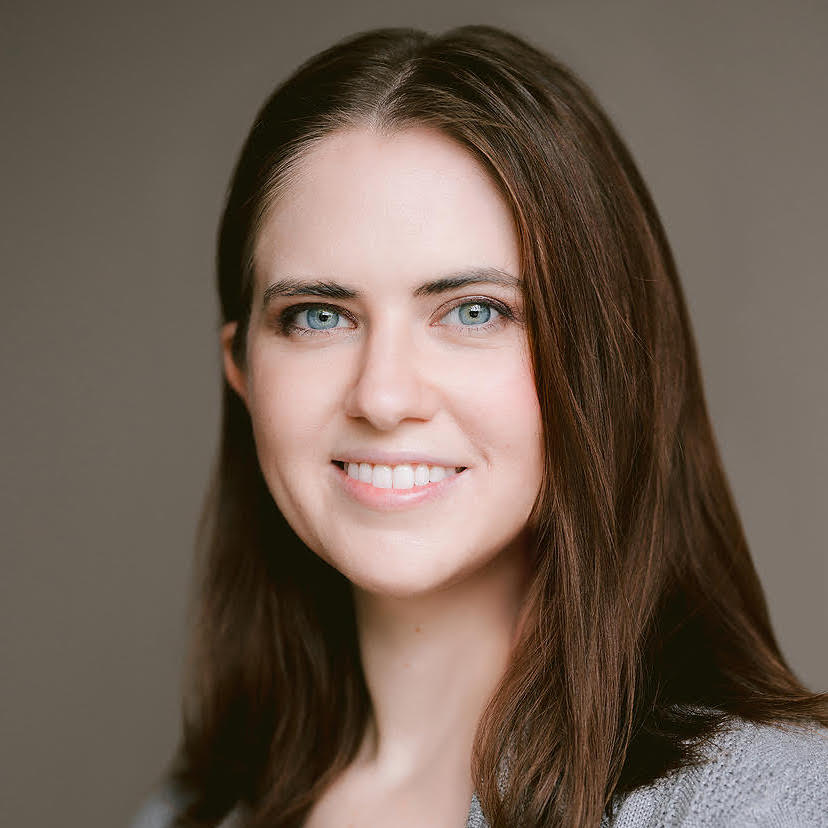 My research focuses on building infrastructure for public health and health science research organizations to take advantage of cloud computing, strong software engineering practices, and MLOps (machine learning operations). By equipping biomedical research groups with tools that facilitate automation, better documentation, and portable code, we can improve the reproducibility and rigor of science while scaling up the kind of data collection and analysis possible.

Research topics include:
1. Open source software and cloud infrastructure for research,
2. Software development practices and conventions that work for academic units, like labs or research centers, and
3. The organizational factors that encourage best practices in reproducibility, data management, and transparency

The practice of science is a tug of war between competing incentives: the drive to do a lot fast, and the need to generate reproducible work. As data grows in size, code increases in complexity and the number of collaborators and institutions involved goes up, it becomes harder to preserve all the “artifacts” needed to understand and recreate your own work. Technical AND cultural solutions will be needed to keep data-centric research rigorous, shareable, and transparent to the broader scientific community. 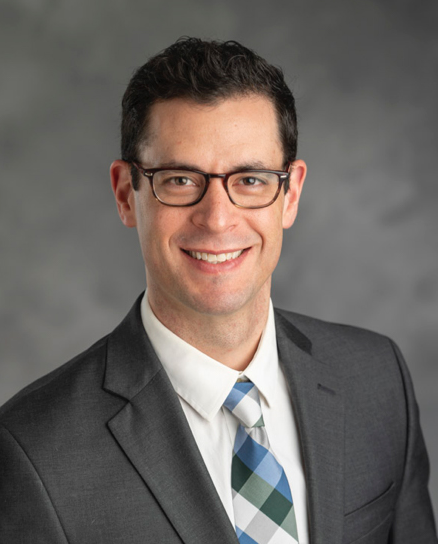 A major focus of the MLiNS lab is to combine stimulated Raman histology (SRH), a rapid label-free, optical imaging method, with deep learning and computer vision techniques to discover the molecular, cellular, and microanatomic features of skull base and malignant brain tumors. We are using SRH in our operating rooms to improve the speed and accuracy of brain tumor diagnosis. Our group has focused on deep learning-based computer vision methods for automated image interpretation, intraoperative diagnosis, and tumor margin delineation. Our work culminated in a multicenter, prospective, clinical trial, which demonstrated that AI interpretation of SRH images was equivalent in diagnostic accuracy to pathologist interpretation of conventional histology. We were able to show, for the first time, that a deep neural network is able to learn recognizable and interpretable histologic image features (e.g. tumor cellularity, nuclear morphology, infiltrative growth pattern, etc) in order to make a diagnosis. Our future work is directed at going beyond human-level interpretation towards identifying molecular/genetic features, single-cell classification, and predicting patient prognosis. 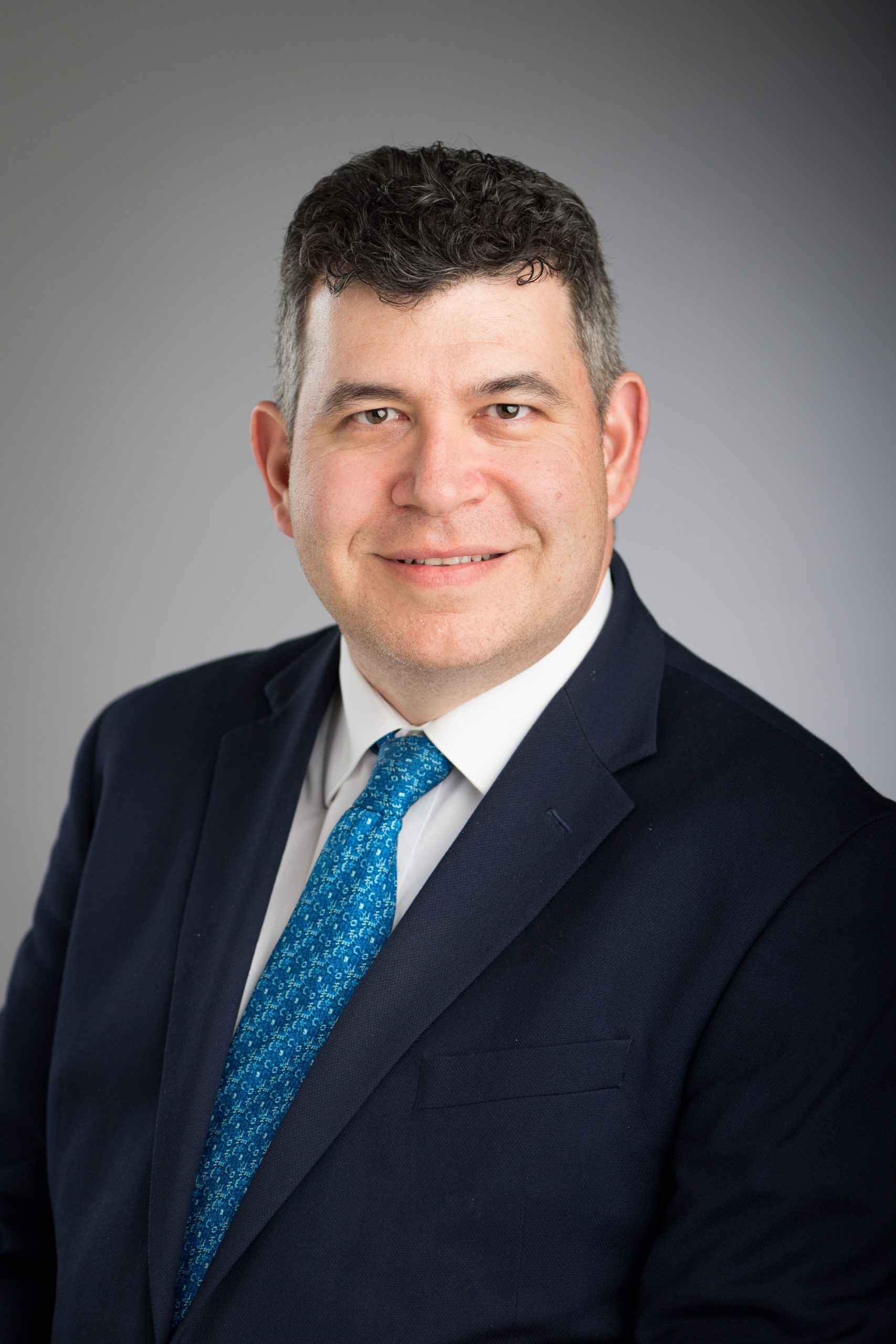 In his various roles, he has helped develop several educational programs in Innovation and Entrepreneurial Development (the only one of their kind in the world) for medical students, residents, and faculty as well as co-founding 4 start-up companies (including a consulting group, a pharmaceutical company, a device company, and a digital health startup) to improve the care of surgical patients and patients with cancer. He has given over 80 invited talks both nationally and internationally, written and published over 110 original scientific articles, 12 book chapters, as well as a textbook on “Success in Academic Surgery: Innovation and Entrepreneurship” published in 2019 by Springer-NATURE. His research is focused on drug development and nanoparticle drug delivery for cancer therapeutic development as well as evaluation of circulating tumor cells, tissue engineering for development of thyroid organoids, and evaluating the role of mixed reality technologies, AI and ML in surgical simulation, education and clinical care delivery as well as directing the Center for Surgical Innovation at Michigan. He has been externally funded for 13 consecutive years by donors and grants from Susan G. Komen Foundation, the American Cancer Society, and he currently has funding from three National Institute of Health R-01 grants through the National Cancer Institute. He has served on several grant study sections for the National Science Foundation, the National Institute of Health, the Department of Defense, and the Susan G. Komen Foundation. He also serves of several scientific journal editorial boards and has serves on committees and leadership roles in the Association for Academic Surgery, the Society of University Surgeons and the American Association of Endocrine Surgeons where he was the National Program Chair in 2013. For his innovation efforts, he was awarded a Distinguished Faculty Recognition Award by the University of Michigan in 2019. His clinical interests and national expertise are in the areas of Endocrine Surgery: specifically thyroid surgery for benign and malignant disease, minimally invasive thyroid and parathyroid surgery, and adrenal surgery, as well as advanced Melanoma Surgery including developing and running the hyperthermic isolated limb perfusion program for in transit metastatic melanoma (the only one in the state of Michigan) which is now one of the largest in the nation. 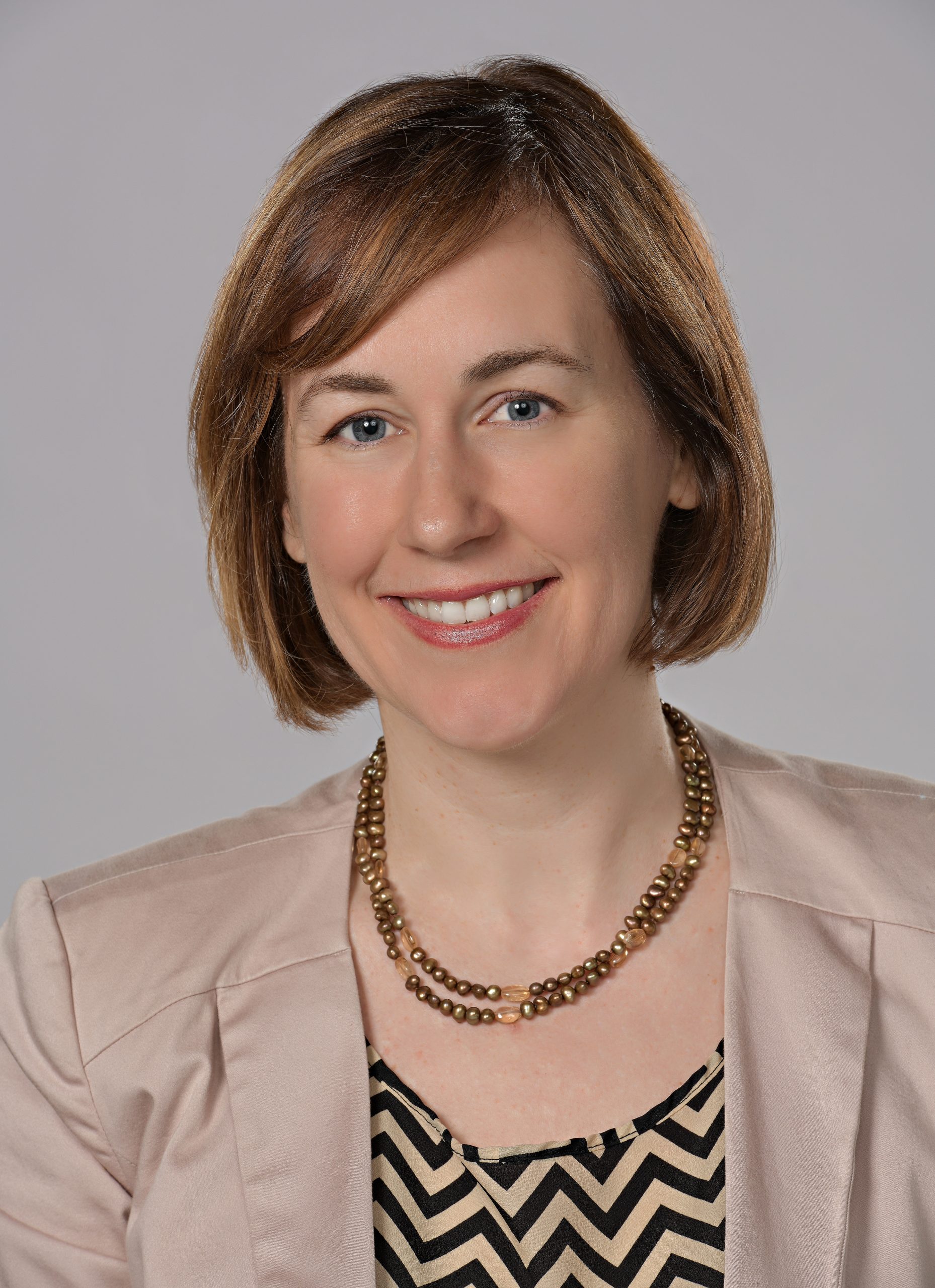 Dr. Fernandez is a clinical psychologist with extensive training in both addiction and behavioral medicine. She is the Clinical Program Director at the University of Michigan Addiction Treatment Service. Her research focuses on the intersection of addiction and health across two main themes: 1) Expanding access to substance use disorder treatment and prevention services particularly in healthcare settings and; 2) applying precision health approaches to addiction-related healthcare questions. Her current grant-funded research includes an NIH-funded randomized controlled pilot trial of a preoperative alcohol intervention, an NIH-funded precision health study to leverage electronic health records to identify high-risk alcohol use at the time of surgery using natural language processing and other machine-learning based approaches, a University of Michigan funded precision health award to understand and prevent new persistent opioid use after surgery using prediction modeling, and a federally-funded evaluation of the state of Michigan’s substance use disorder treatment expansion. 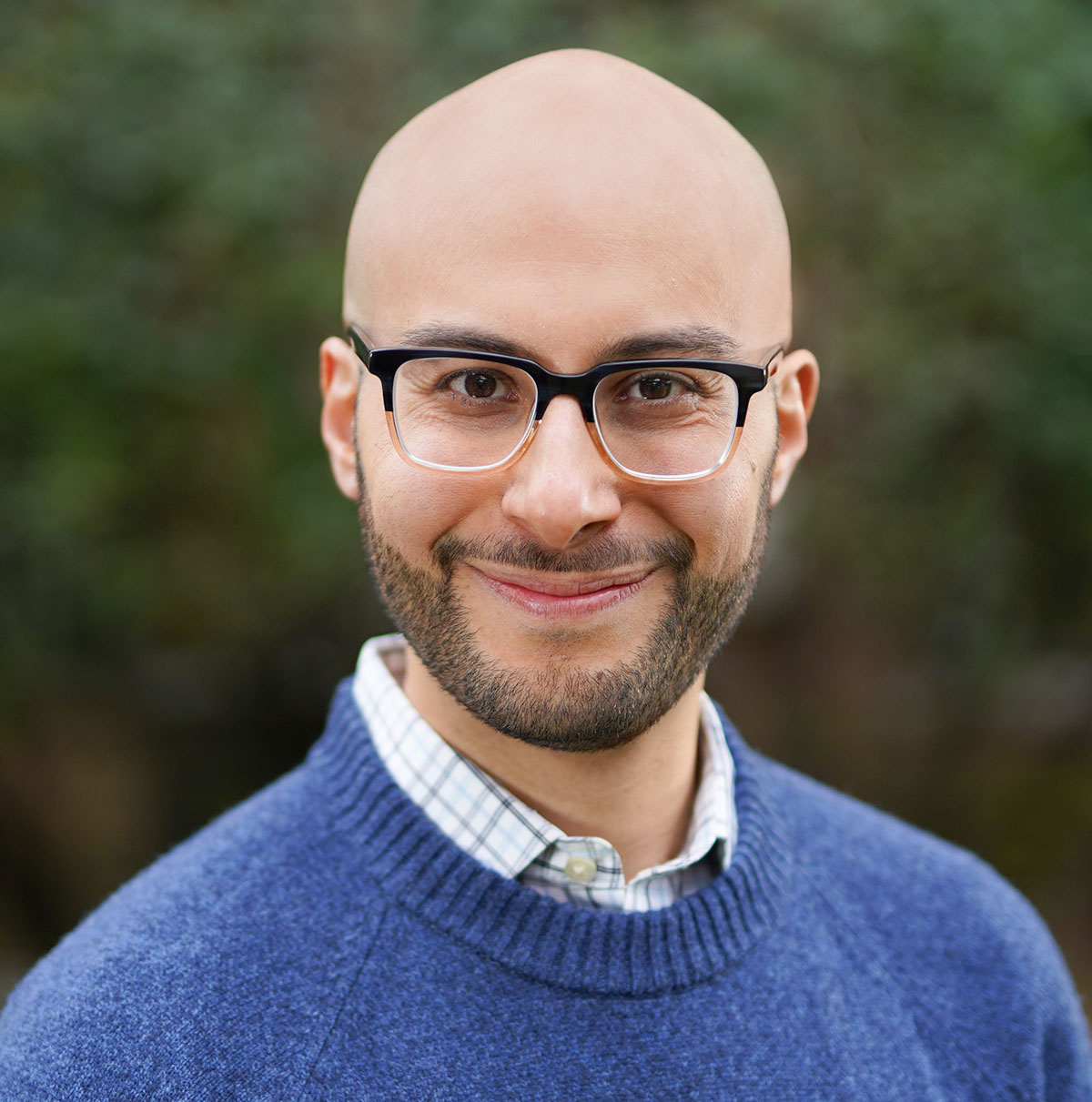 My research focuses on the development and evaluation of novel interventions that leverage emerging technologies to train members of the healthcare workforce around adhering to guidelines. I study how to scale custom designed teaching and learning platforms and evaluate their use to motivate effective communication and dissemination of evidence based practice. Other emphases of my work include health policy literacy, translation and communication of health services research, and improving health system literacy in urban communities. I have developed and evaluated numerous web based educational interventions that employ the “flipped classroom” design with an emphasis on understanding the data and analytics that guide successful implementation and promote high fidelity for members of the healthcare workforce. As an implementation scientist, I rely on the integration of data and analytics to understand what motivates successful program implementation.

In addition to the development of these platforms, I have extensive experience developing and evaluating online, hybrid residential, residential courses, and MOOCs related to healthcare management, non-profit management, healthcare finance, and health economics that employ engaging lessons and modules, interactive graphics, and a blended learning format to aid health professions students, and both undergraduate and graduate public health students in understanding the healthcare system. My MOOC entitled “Understanding and Improving the U.S. Health Care System” has been taken by over 5,000 learners and is characterized by the use of “big data” to understand how future healthcare providers learn health policy. 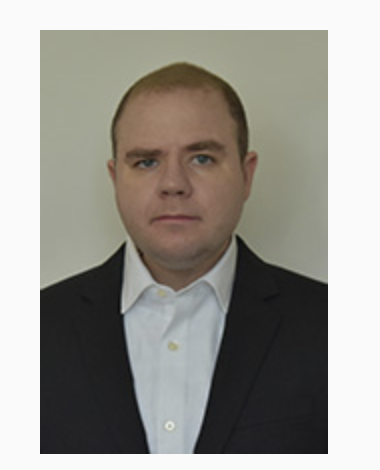 My research primarily focuses on the following main themes: 1) development of methods for risk prediction and analyzing treatment effect heterogeneity, 2) Bayesian nonparametrics and Bayesian machine learning methods with a particular emphasis on the use of these methods in the context of survival analysis, 3) statistical methods for analyzing heterogeneity in risk-benefit profiles and for supporting individualized treatment decisions, and 4) development of empirical Bayes and shrinkage methods for high-dimensional statistical applications. I am also broadly interested in collaborative work in biomedical research with a focus on the application of statistics in cancer research. 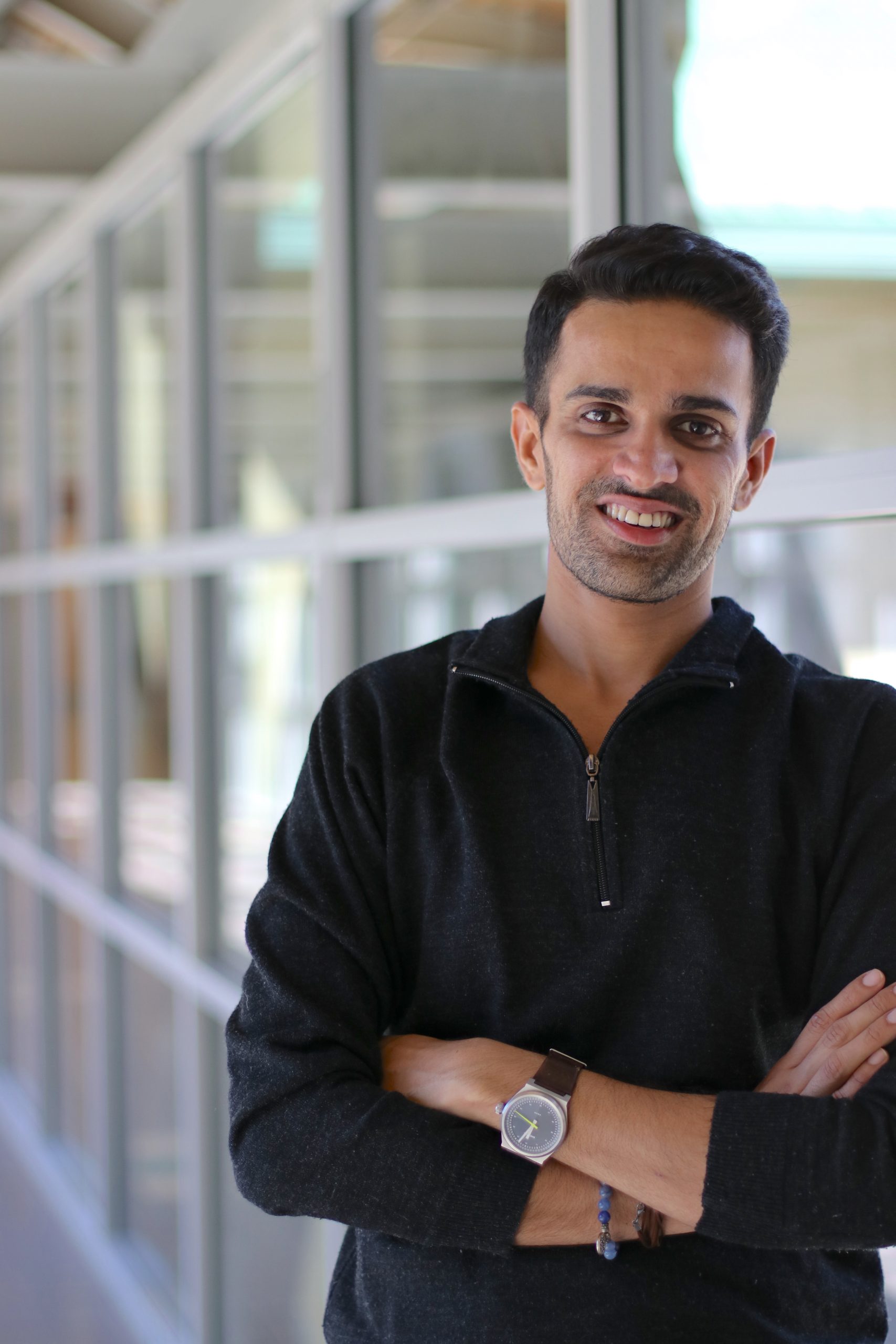 Rahul Ladhania is an Assistant Professor of Health Informatics in the Department of Health Management &amp; Policy at the University of Michigan School of Public Health. He also has a secondary (courtesy) appointment with the Department of Biostatistics at SPH. Rahul’s research is in the area of causal inference and machine learning in public and behavioral health. A large body of his work focuses on estimating personalized treatment rules and heterogeneous effects of policy, digital and behavioral interventions on human behavior and health outcomes in complex experimental and observational settings using statistical machine learning methods.

Rahul co-leads the Machine Learning team at the Behavior Change For Good Initiative (Penn), where he is working on two `mega-studies’ (very large multi-arm randomized trials): one in partnership with a national fitness chain, to estimate the effects of behavioral interventions on promoting gym visit habit formation; and the other in partnership with two large Mid-Atlantic health systems and a national pharmacy chain, to estimate the effects of text-based interventions on increasing flu shot vaccination rates. His other projects involve partnerships with step-counting apps and mobile-based games to learn user behavior patterns, and design and evaluate interventions and their heterogeneous effects on user behavior.